Over the turbulent past couple of years, many Americans have become more politically aware. No matter which party you back, the challenges to balance of power in the United State of America has been complicated by a lack of facts.

Science has essentially been neglected or even tossed aside by the Trump administration. The book Not a Scientist: How Politicians Mistake, Misrepresent and Utterly Mangle Science, author Dave Levitan attempts to identify the many ways in which politicians have abused or ignored science. The book was  quite humorous and a quick read.  END_OF_DOCUMENT_TOKEN_TO_BE_REPLACED

No more roads. It is hard enough to maintain what we’ve got

America does not need more roads. We have enough pavement in the United States to at least cover the entire state of Georgia (61,000 square miles, and that is an old study). Enough is enough.

According to a recent article published by Slate, “the last thing America needs from [President] Trump’s infrastructure plan is more more roads.”

END_OF_DOCUMENT_TOKEN_TO_BE_REPLACED

Why does the presidential campaign season last so long? 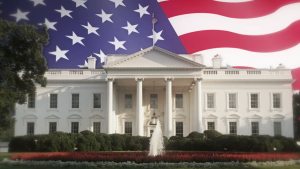 An overwhelming majority of people in the United States of America have likely grown tired of the 2016 presidential election campaign. I’ve had dozens of conversations with people about politics in the past year, but most of them have been about the length of the campaign season, not about the candidates, issues or importance of the election itself.

Let’s reform the campaign seasons into a much smaller window and make our elected officials spend a greater percentage of their time in office doing their jobs instead of campaigning. All of that time wasted yammering about our problems would be better spent fixing them instead.